If you've ever had the good fortune of visiting Bandon Dunes Golf Resort, no doubt you've likely shaken hands with one of Bandon Dunes' icons in front of the lodge. His smiling face and laid-back charm are not easy to forget, but did you know his name is Bob? Chances are you remember him by the nickname, Shoe.

Well if you are wondering how he was officially tagged "Shoe" or what his secret is to great customer service you are in luck.  We pried him away from the podium for a few minutes to get an inside scoop.

So Shoe, tell us how you got your nickname.

Before the resort opened in 1998, a friend of Josh Lesnik was covering the PGA Championship in Washington. Josh invited his friend (Jeff Rude) down here to tour the new facilities and when he showed up he brought along some of his friends from Golfweek magazine including his editor, Dave Seanor. When Dave and the rest of the crew exited the van, he took one look at me and said I looked like the jockey, Bill Shoemaker. Dave said, "We'll just have to start calling you Shoe". I didn't think it would catch on but, Josh affectionately kept calling me Shoe every time he needed something or wanted me to go somewhere with him, like to lunch. You get the idea.

Hard to imagine that was almost twenty years ago already. Have you lived in Bandon a long time?

What did you do before coming to Bandon Dunes?

I was a driver for UPS in the Los Angeles area for twenty years prior to moving to Bandon. Then I worked as a driver and manager for Silver Eagle, a small regional freight carrier, for sixteen years. I semi-retired in 1997 with a combined thirty-six years as a teamster. I also belonged to the United States Coast Guard reserves in Charleston for eighteen years. That plus my six years in the Army allowed me to retire in 2001 with 24 years combined military service.

Wow.  LA to Bandon in the 80's must have been quite the culture shock. Thank you for your service, by the way. How did you ever get involved with Bandon Dunes in the first place? Is it true that you took the very first reservation for golf at the resort?

I did take the first reservation. It was Greg Popma from Portland. I was so excited and couldn't wait to tell Josh. Josh's reply was a classic. With a twinkle in his eye, he jokingly said, "Shoe, we're going to need a lot more than one."

There's no secret to great customer service. Just make the guests feel welcomed and at home. Be helpful and friendly and above all be sincere, and genuine.  Josh told me long ago to try and see things from the guest's perspective and that has really worked.

Sounds like great advice not only for great customer service but for life. You must get asked a lot of the same questions, especially about the weather.

The day we opened, our first guest stepped out of the door and asked, "what's the weather going to be like today?"

I'm sure it's been the same ever since. You have your own Twitter account now, @GolfShoeBandon where you tweet out the latest weather situation and give it a ranking. It's very interesting and informative. You've adapted to the new technology quite well. Do you see yourself as a kind of weather man now?

Twitter is new to me and I'm trying. I've received some positive feedback, but there's always room for improvement. Ever since my first day, I have been very interested in the weather and the role it plays with the guests. If I had more time and energy I would go back to school and study Earth Sciences.

If only we had more time and energy. I hear you there. That's interesting about studying Earth Science. Who would you say the most interesting person is you've welcomed to the Resort?

That's an easy one. The most interesting person I've ever welcomed to the resort is the next one.

Don't forget to check out Shoe's Weather Report via Twitter:

Check out the audio portion on our Soundcloud! 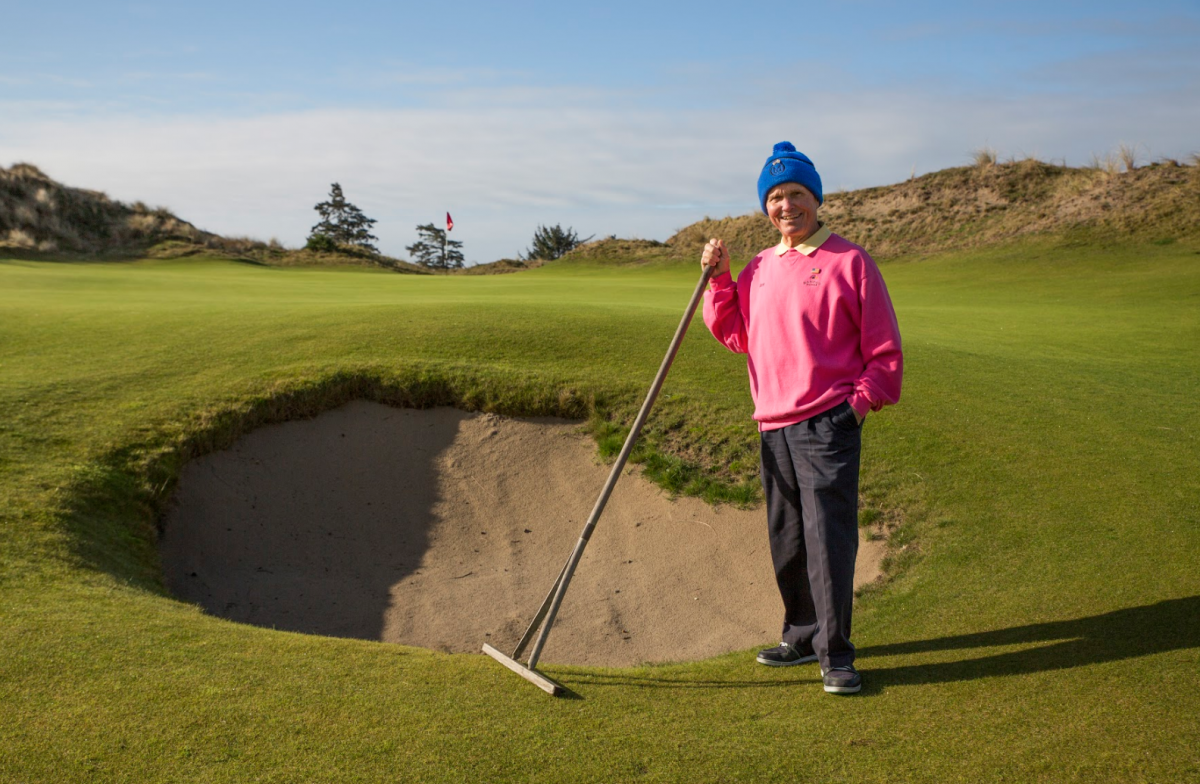