Can Experiencing Bandon Dunes Help Make You a Better Golfer?

Golf is a game of subtlety, where control and imagination are blended into one. For the average retail golfer we are often fixated with control and perfection more so than enjoying the moment. However, the lucky ones who have a chance to play a round at Bandon Dunes Golf Resort realize the overall experience is far more significant than how close your ball is to the hole. Does this realization alone make anyone who experiences the resort a better golfer? 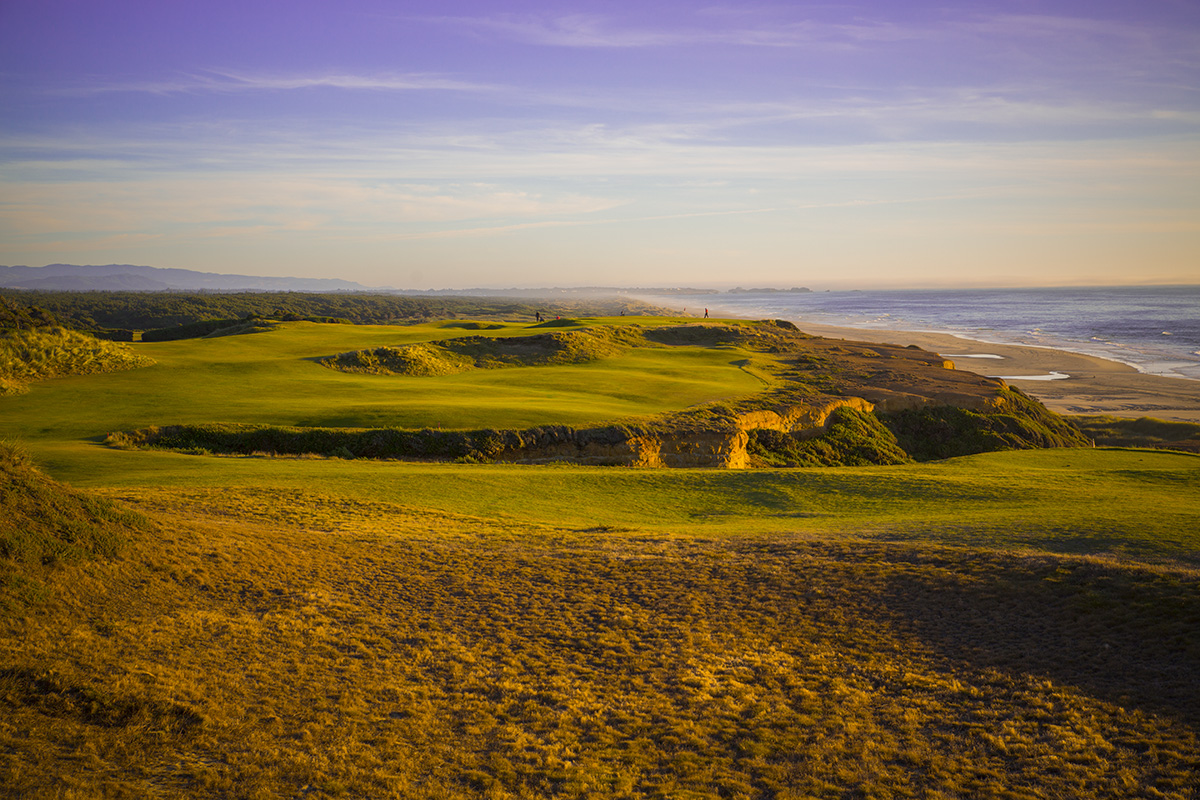 Whether you truly start to see strokes shaved off your score after playing at Bandon Dunes is tough to prove but playing a round here certainly helps you appreciate the game.   We’ve started the list of potential game changing benefits and need your help adding to it…

How to prepare for links golf weather

If you are familiar with links golf, you know that weather conditions can change quickly – it’s one of the reasons links golf is so fun. The changing weather conditions, whether it's wind or rain, force players to use their imagination to hit golf shots that they wouldn’t otherwise try. But unless you’re properly dressed, a change in conditions can have a significant impact on your round, even making you wish you were back in McKee’s Pub, out of the weather.

To help determine what to wear, we asked Grant Rogers, director of instruction at Bandon Dunes, to put together a Links Golf Layering Guide with some useful tips to make sure you stay comfortable, warm, and dry out on the links. Check out this video:

Wearing multiple layers is the best way to prepare for changing weather conditions because they allow you to make adjustments based on your level of comfort and the weather conditions. Too cold? Add a layer. Too hot? Shed a layer. Don’t get caught with a bulky jacket or, even worse, no jacket at all. Here are the 3 types of layers you should have ready:

1) Base Layer to Keep Your Body Comfortable
This is the layer that touches your skin. It’s extremely important that you choose a material that helps pull moisture away from your body, keeping you dry and comfortable. 100% cotton typically retains moisture so we don’t recommend it as a base layer.  Instead, try a blended fabric made up of both cotton and polyester or 100% synthetic fabrics like polyester. not only are these fabrics comfortable while wearing them, they are also wrinkle resistant and easy to care for.  If you’re not sure where to find something like this, we’ve got you covered. Bandon Dunes Base Layers include Adidas, Cutter & Buck as well as Fairway & Greene golf shirts.

2) Middle Layer to Keep Your Body Warm
This is the layer that helps you retain heat by trapping air and keeping it close to your body. It’s nice to have at least one middle layer piece with a zipper so that you can unzip when you’re heating up or zip up when you need some extra protection. Vests are great because they insulate the core of your body while keeping your arms free for your golf swing. We also recommend using wind sweaters that include an anti-static, wind-resistant lining to protect you on those blustery days. Again, if you’re not sure where to find some great middle layer pieces, we have some great options: Bandon Dunes Middle Layers include Fairway & Greene merino vests and wind sweaters. These products are made with Zegna Baruffa Italian merino wool which is finer and softer than other types. They hold up and will last over time. We also offer the Climawarm layering options from Adidas, which utilize tech fabric.

3) Shell Layer to Keep Your Body Dry and Protect You from Wind and Rain
Some of you have probably had it happen to you…if you haven’t had it happen to you, it’s probably happened to someone in your group…a rain jacket that lets in water bit by bit, drop by drop, until you or your golfing buddy are soaked. Even with the rugged beauty of links golf around you, getting wet on the golf course can be a distraction.

Thankfully, we know rain jackets and rain suits. Our recommendation: “There are different levels of waterproof fabrics and the more you educate yourself about seam sealing versus critically sealed, the better off you will be. There are waterproof knits that give you amazing stretch and mobility but they are not the best for keeping you comfortable in a steady rain.  Our preference is Gore-Tex because it’s guaranteed to keep you dry.

Here are some pieces we recommend: Bandon Dunes Gore-Tex Rainwear including jackets and pants from Adidas and Zero Restriction. 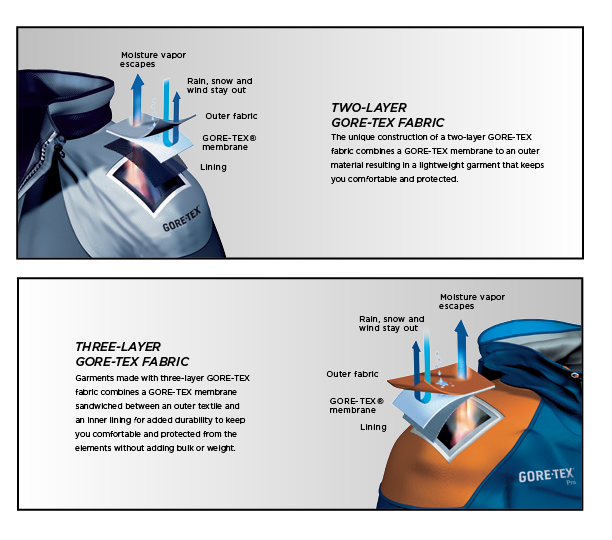 Find some buddies, grab some layers, and hit the links! There’s never a wrong time to play links golf if you’re properly prepared. Follow the steps above and the next time your friends start to whimper when the wind picks up, you’ll be prepared to enjoy golf as it was meant to be.

Interested in learning how to hit some classic links shots? Check out our instructional blog posts and videos here.

Guest Makes Two Aces in One Round at Bandon Preserve

BANDON, Ore. – According to HoleInOneInsurance.com, the odds of an amateur golfer making an ace are 12,500 to 1. For casual golfers it’s the ultimate achievement. Perhaps the only thing better than making an ace is making one at Bandon Dunes.

Now let’s take it one step farther by introducing a man that didn’t just make a hole-in-one at Bandon Dunes. He made two. In the same round!

Meet Wayne Courtney, 63, a Byron, Minn. resident who was visiting the resort with his three golf buddies and their wives. It was their first trip to Bandon Dunes. 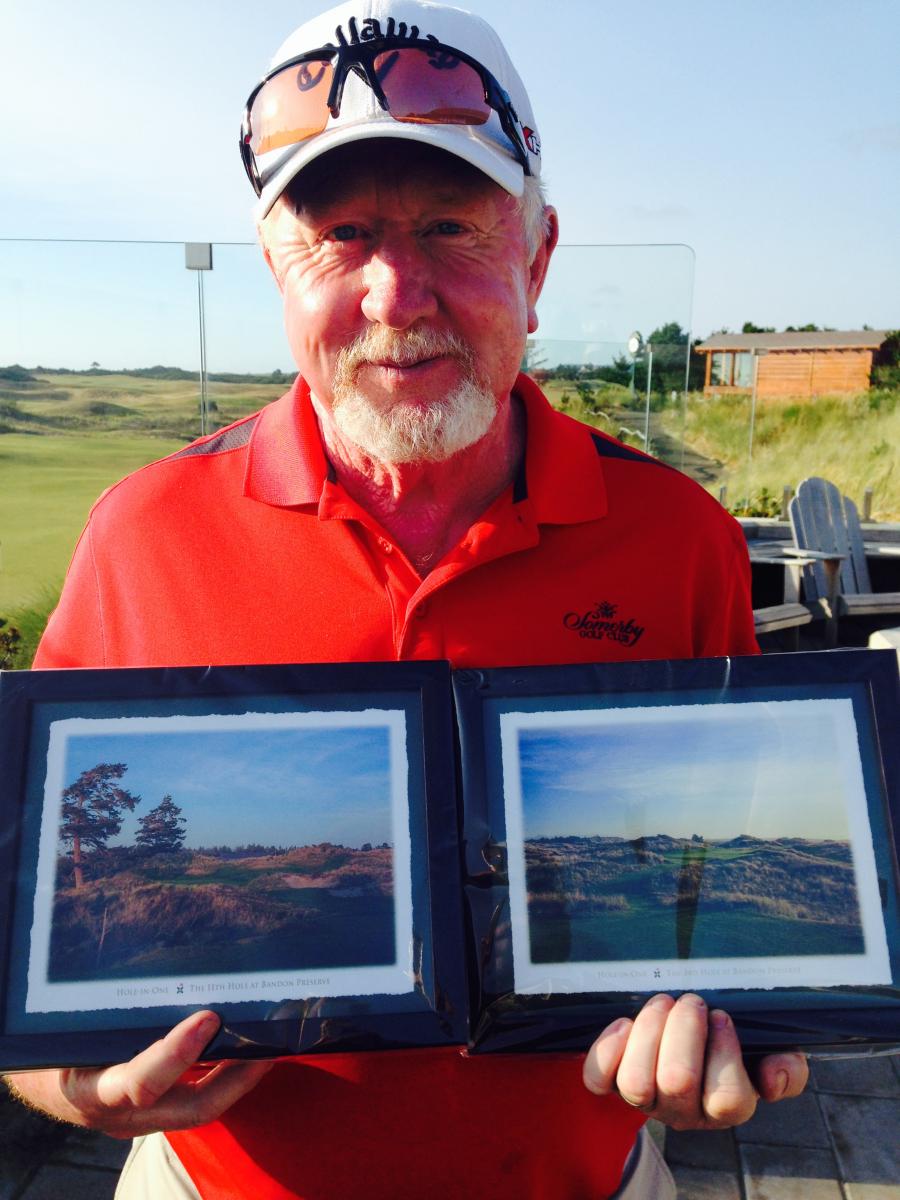 After rounds at Bandon Dunes, Pacific Dunes and Old Macdonald, they concluded their trip – as many guests do – with one final sendoff at Bandon Preserve, the resort’s 13-hole par-3 course.

Playing as a fivesome on a perfectly breezy August afternoon, the group arrived at the third tee a collective 8-over-par. Courtney, a 14-handicapper who had never made an ace in his 30-year golf career, grabbed a 9-iron and hit his shot to a front-left hole location.

“It just sort of flew up there, bounced and rolled in the hole,” Courtney recalled with a humble chuckle. “All my friends turned to me and said, ‘Well, we know who’s buying drinks!’”

Courtney bought a round for everyone in his group at the snack shack next to the fourth tee box. Little did he know he’d be reaching for his wallet again in less than an hour.

At the 142-yard 11th hole, which is protected by a fir tree front-left of the green and is one of the toughest holes at Bandon Preserve, Courtney grabbed his 11-wood and set his sights on the back hole location.

Courtney’s fade up the left side got through the fir tree and after a favorable bounce, his ball rolled up the ridge at the back of the green and started trickling back toward the pin. Moments later it disappeared into the hole.

"My first hole-in-one after playing golf for many years, and then a second one a short time later made it unbelievable," Courtney told his local newspaper, The Post Bulletin. "Coincidentally, the ranger witnessed both aces and immediately called the pro shop and said 'You're are not going to believe this.'"

After their round, in which Courtney was 1-under-par, the couples all met at Trails End Restaurant where Courtney bought a round for everyone inside. Later that night the group went to The Bunker Bar. While they were enjoying a drink, Courtney’s friend, Dave made an announcement to everyone in the bar.

“Attention everyone,” he exclaimed. “You’re not going to believe this, but my friend made two holes-in-one today so I’m buying drinks for everyone in here.”

Needless to say everyone cheerfully obliged.

Congratulations, Mr. Courtney. We’ll look forward to seeing you and your friends again soon. Next time, let us know when you’re about to make an ace so we can bring a camera out to capture it on video. 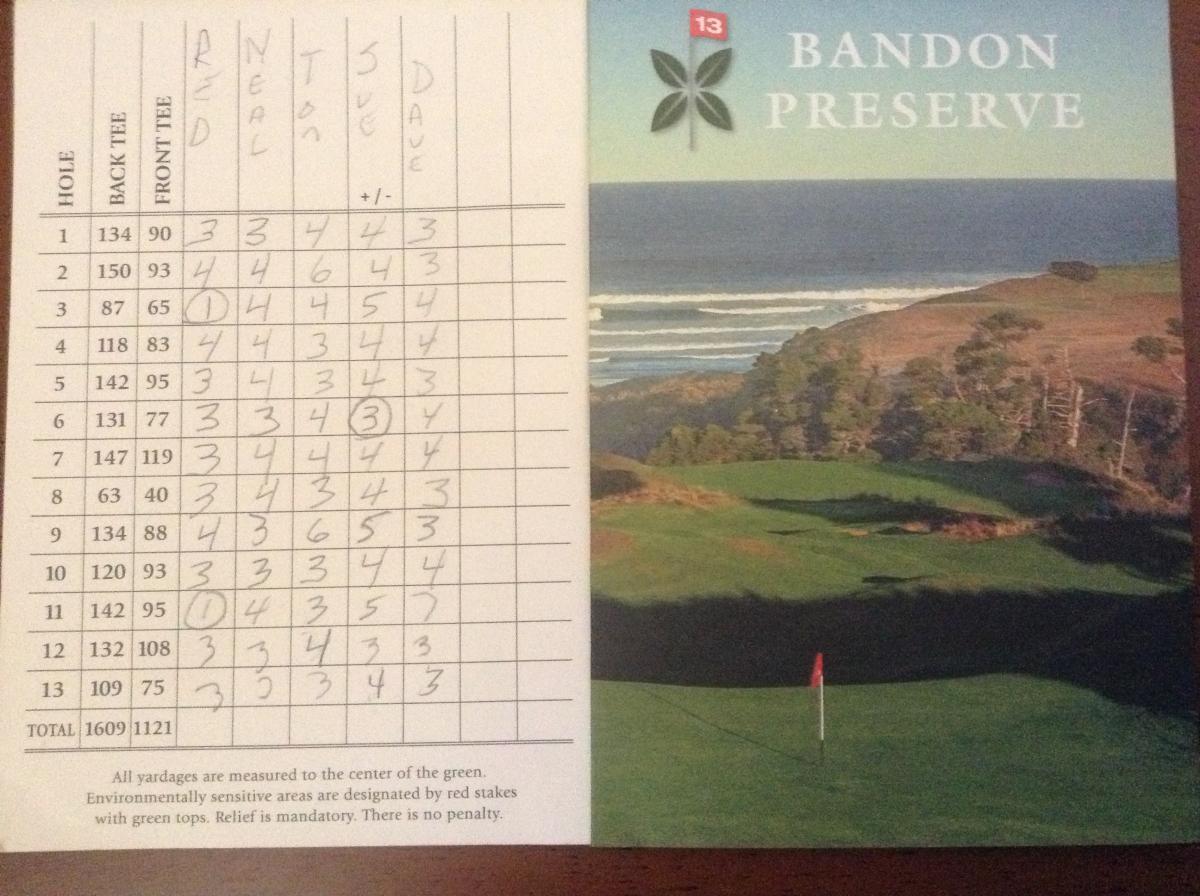 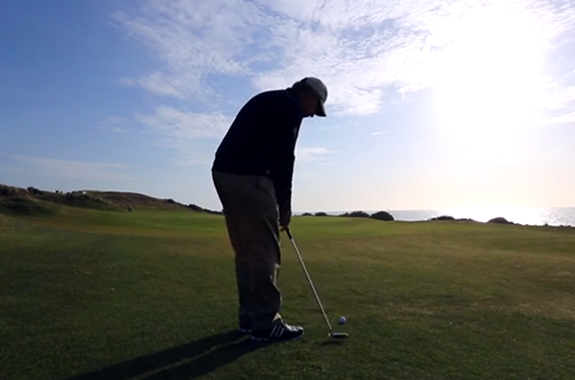 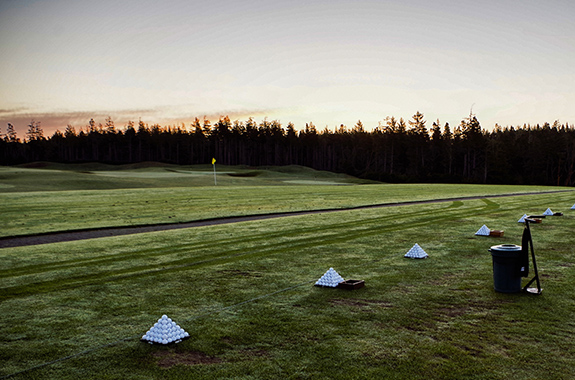 The Practice Center is the heart of Bandon Dunes Golf Resort. For many guests, it is the first and last place they go during their stay. For others, it’s an afterthought, probably because they don’t realize all it has to offer. The Bandon Dunes Practice Center is not your typical driving range; it’s a vast expanse of game improvement, the likes of which you may not have expected. Here are five things every golfer should know about it:

1. Ease of access – The Practice Center is minutes away from practically anywhere on property. And the efficiency of the resort’s shuttle system makes getting there as easy as an uphill 2-footer.

2. “Big Putt” – After knocking a few balls into the ether from the practice tee, turn now to the 1-acre putting green to work on the 100-foot-putt that is sure to come in handy. Unlike The Punchbowl putting course, the Big Putt is intended for practice and mimics the putting situations you will undoubtedly experience out on the course.

3. Shorty’s 9-hole par-3 course – Shorty’s is the perfect warm-up – or cool-down for those fanatics who just can’t get enough golf and want to play into the darkness after a full day of golf. For a full description of the course, click here.

4. Visitor Center building – One of the jewels of the Practice Center is the Visitor Center building and bag drop. Complete with a cedar inlay ceiling and a 270-degree glass enclosure that offers a view of the entire facility, every detail is top-notch. Copies of the Wall Street Journal are laid out on tables. Coffee and tea are complimentary. Take a break from practice and enjoy this popular facility.

5. Links instruction with Grant Rogers – No world-class practice facility would be complete without golf instruction. Grant Rogers, director of instruction at Bandon Dunes, offers personalized links-oriented lessons that help golfers of all abilities enhance their golf experience. Having trouble with those links-style approach shots? Having trouble adapting to the wind? Bunker issues? A personal lesson is a perfect way to hone those skills and feed the obsession that brought you to Bandon Dunes in the first place. To schedule a links lesson, contact the front desk or inquire at any of the golf shops. For an even better understanding of what this Grant Rogers guy is all about, check out this article published in the September 2013 issue of Golf Digest. Study it, there will be a test. 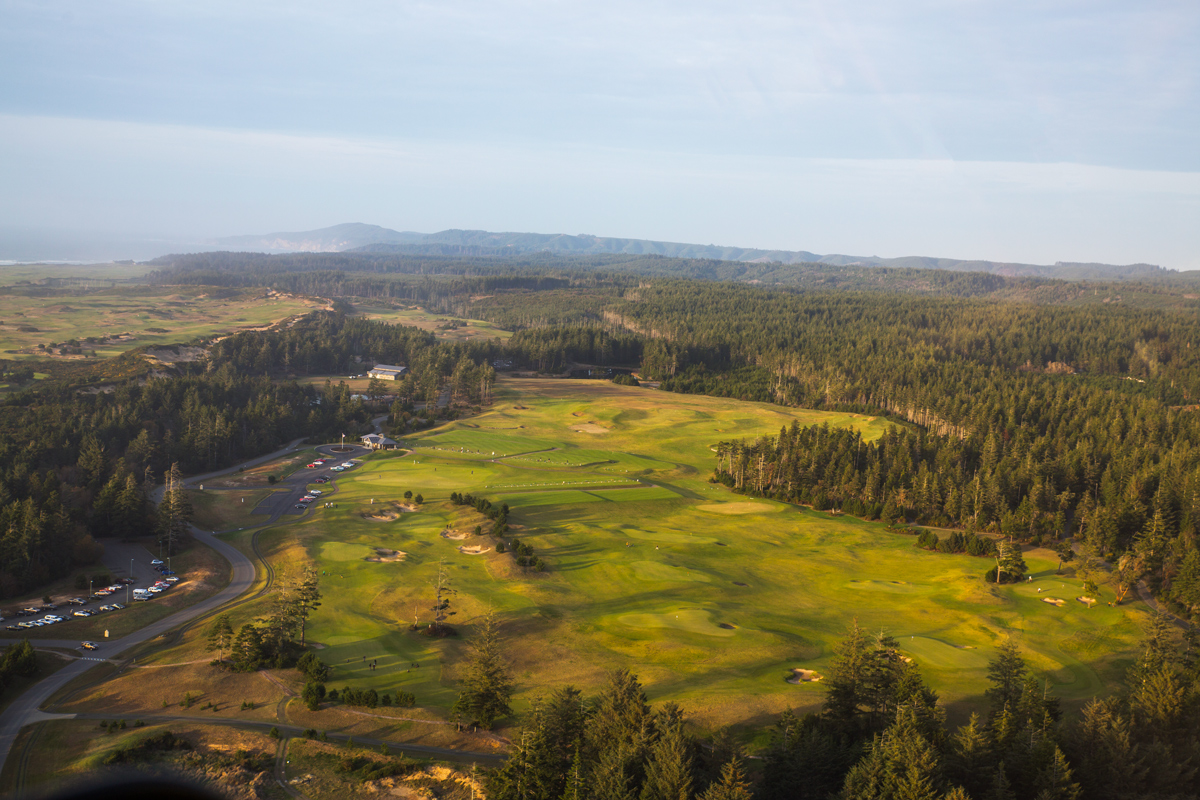 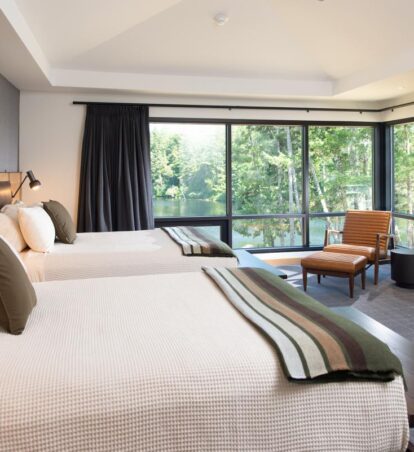 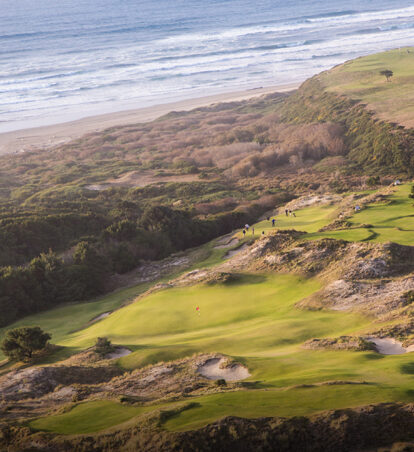 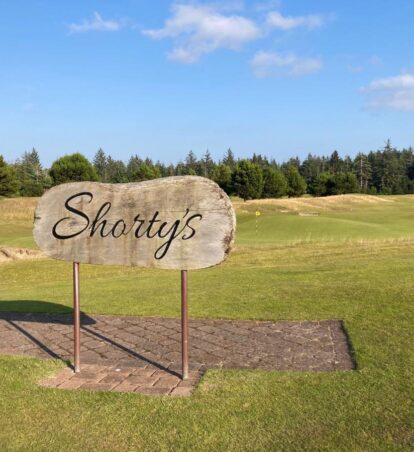