Every July during The Open Championship, images of faded green and brown fescues beam back to the high-def televisions of the United States, where golfers are accustomed to the manicured emerald green fairways of parkland golf.

Links golf — the original style of course design that came about naturally along the coasts of Scotland — is often misunderstood by the uninitiated, especially during The Open Championship. This week at Carnoustie, the siren calls have predictably come again.

Of course, the whole idea of Bandon Dunes Golf Resort is rooted on this most traditional style of the game. And we happen to think the faded green and brown turf (we prefer the term “tawny” actually) of links golf is quite beautiful and presents the most enjoyable form of golf. 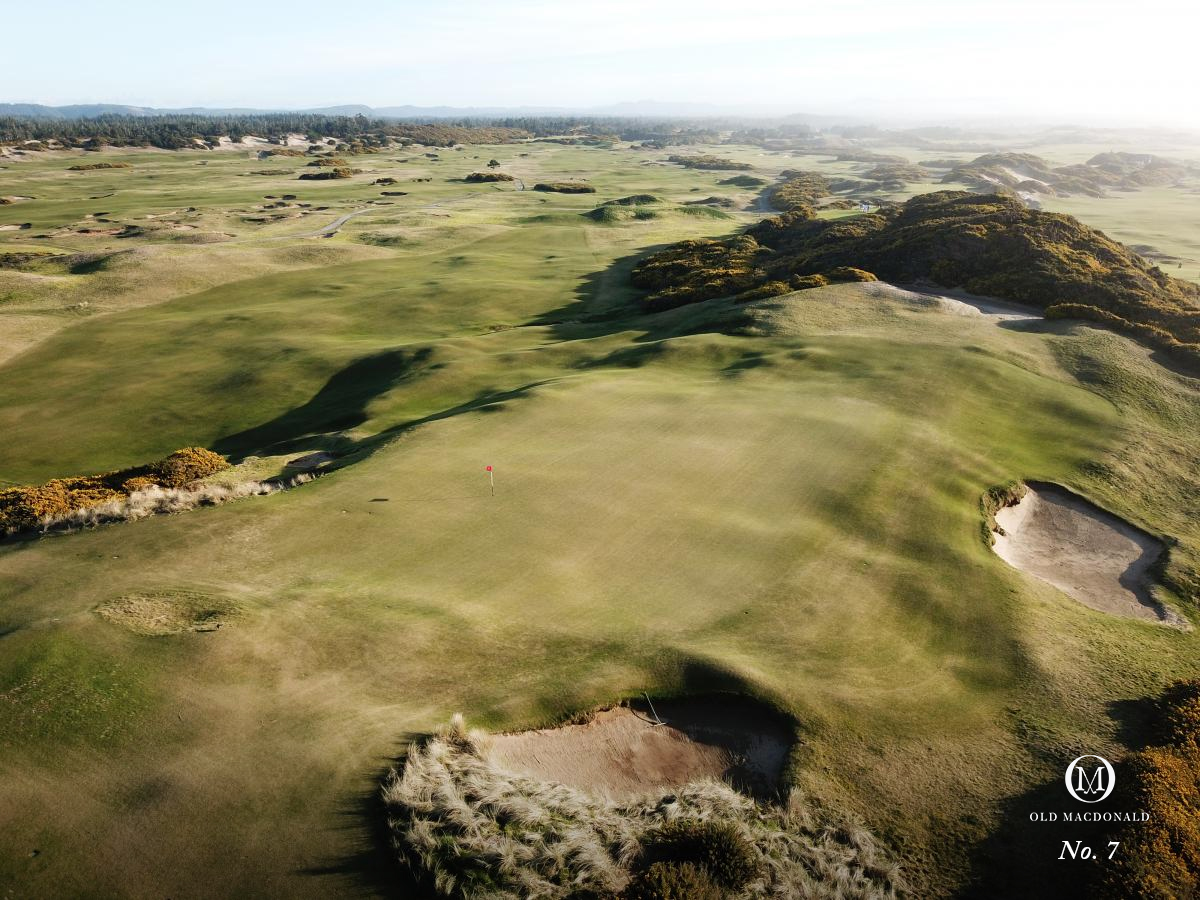 George Peper, an authority on links golf who co-wrote True Links with Malcolm Campbell, describes (with help from the British Golf Museum) links golf as “a stretch of land near the coast on which the game is played, characterized by undulating terrain, often associated with dunes, infertile sandy soil, and indigenous grasses such as marram, sea lyme, and the fescues and bents which, when properly managed, produce the fine, textured, tight turf for which links are famed."

“Formed more by Mother Nature than man,” the original courses in Scotland gave birth to links golf, Peper wrote in his 2010 book, adding that only 246 of the 30,000 courses worldwide are true links courses. 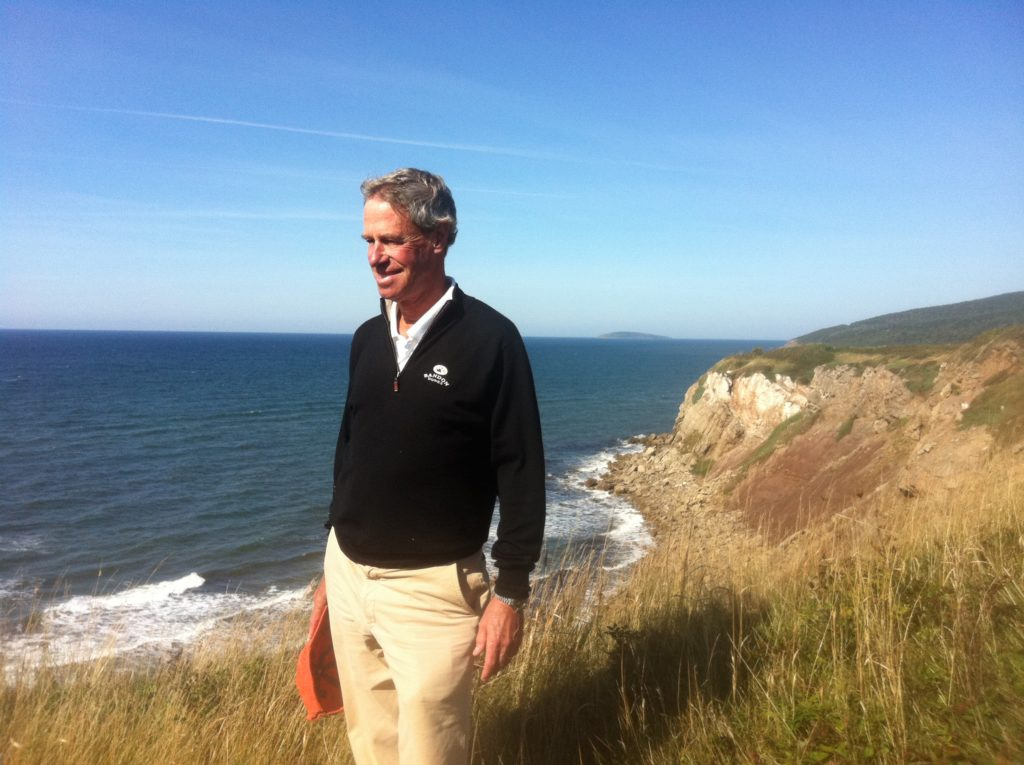 As most any Bandonista knows by now, Mr. Mike Keiser set out to bring links golf to the United States. Bandon Dunes, Pacific Dunes, and Old Macdonald (whose namesake, C.B. Macdonald, brought the foundation of links golf to the U.S.), are three of those true links courses described by Peper (Although Bandon Trails plays exactly like a links course, it is just inland enough to not make the list).

Why did Keiser envision bringing the classic links designs back to the U.S.? He had made a habit of playing the great links courses of Scotland, Ireland, England, and Wales. And he had come to love the style.

Links golf is played differently than the aerial game so common at American parkland courses. At Bandon Dunes — like Carnoustie and St. Andrews — those tawny fescues laid over sand create a naturally firm and fast surface. Coastal winds are ever-present. The undulating, uneven surfaces factor into every shot, and the tight lies of the fine fescues dictate club selection. 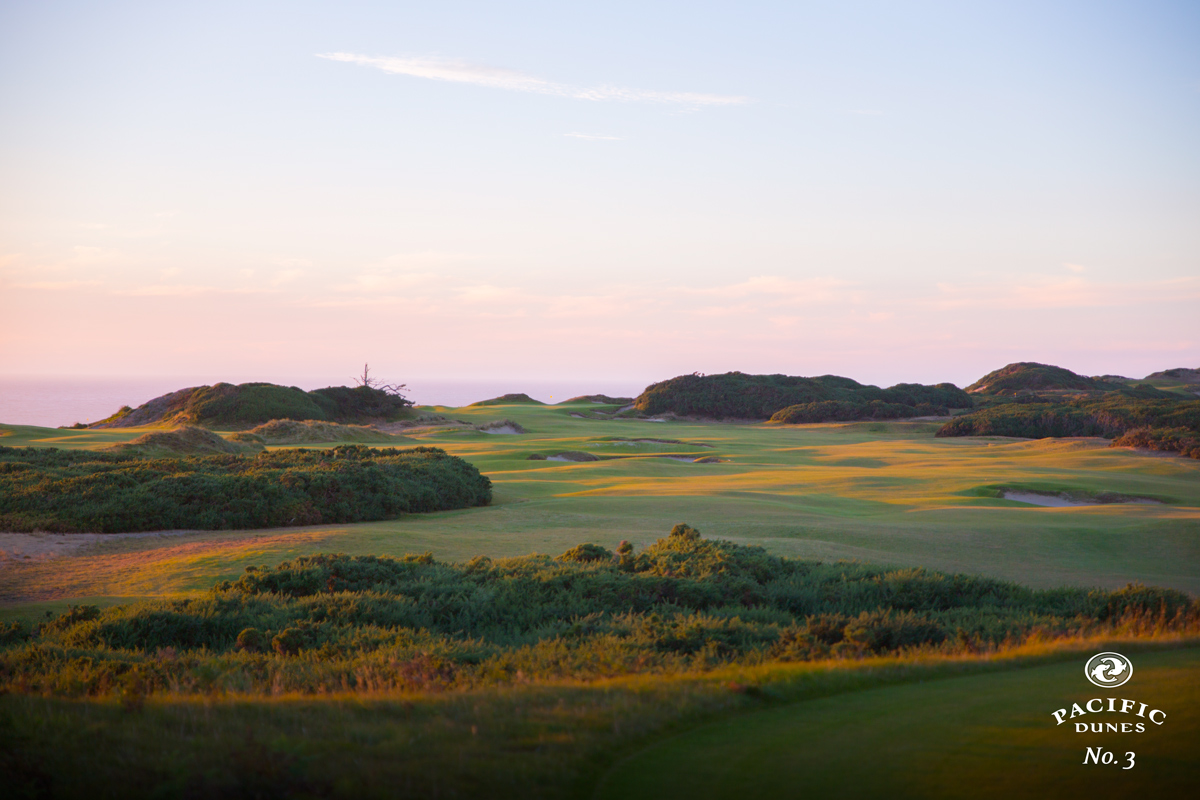 These characteristics force golfers to play a game closer to the ground. Wedges play a diminished role in links golf, giving way to bump-and-run shots that are often a much smarter play. Lower ball flights are prized to minimize the effect of those winds. With tight lies that characterize those firm, fast fescues, a putter is almost always a reliable weapon ... even from the fairway.

“Wind and water, hillocks and hollows, mounds and pits, marram-grass and bents — these are the hazards of the links; and while they are all difficult to contend with, there is not one of them which cannot be overcome by the skill of the golfer,” wrote Robert Hunter, an early 20th century author and golf course architect.

Links golf encourages imagination. Rarely is there just one obvious route to the hole. Recovering from a bad shot often comes down to finding the alternative route or a different kind of shot.

This is where the magic of links golf really comes from, even if it takes some getting used to for American golfers. Just ask Tom Watson, a five-time Open winner who embraced links golf more than any other American professional.

“Even though I won the Open in 1975 and 1977, I still didn't like the way the game had to be played on links courses because I was so conditioned to play the ball high in the air.” Watson said in a 2009 interview. “Links was the antithesis of how I played. I started to realize I had a love for links golf in 1979 when I made the decision to stop fighting it and play the ball along the ground and not get upset when the bounces didn't turn out the way I wanted. I think it goes back to my childhood when I had to play the ball along the ground because I couldn't get it up in the air and I couldn't hit it far enough so I had to bounce the ball onto the greens [laughs].

“American golf is so predictable it sometimes becomes boring,” he added. “Everybody plays the same shot the same way. Whereas links golf is so unpredictable. That's its beauty.”

As American golf fans watch the greatest golfers in the world battle Carnoustie this weekend, remember that those tawny fescues are no accident. As young Spanish star Jon Rahm said this week upon his arrival: “I forgot the fact the R&A lets Mother Nature set up the course.”

Letting nature dictate the game? At Bandon Dunes, this sounds like music to our ears.

Sheep Ranch Is A Walk Unspoiled 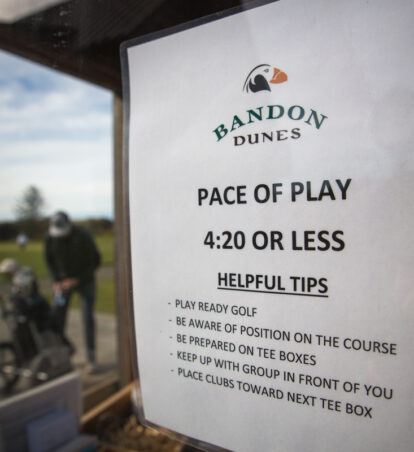